If you're a Veteran, Member of the Guard or Reserves, or a Military Spouse, we can assist you! We gladly help those from all military branches.

The Cashier is the front line personnel responsible for greeting, engaging and interacting with all customers entering and exiting the facility.  The position requires cash handling, making correct change, monitoring transactions, etc. for traffic entering/exiting the facility. Part-time, full-time, weekends and overnight shifts are available.

How do you know if this is the right job for you?!

What will I do? 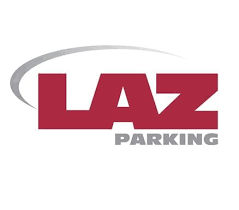 The roots of LAZ Parking are founded on childhood friendships that were formed in the mid 1970s when Alan Lazowski, Jeff Karp and Michael Harth became best friends in a small town near Hartford, CT. Fast forward to 1981 in his senior year of college when Michael decided to start a valet parking business in San Diego, CA.  He shared the idea with his two best friends who took hold of this opportunity and started their own valet businesses in Hartford and Boston, MA.

Michael began by serving three beach-side restaurants, Alan with a single location at a restaurant in downtown Hartford and Jeff with a nightclub and surface parking lot in downtown Boston.

Two years later, Jeff and Al merged their Hartford and Boston-based companies to form LAZ Parking. Meanwhile Michael continued to operate independently on the West Coast under the brand of Sunset Parking.  Over the years, the three friends consulted with each other and shared their many experiences and philosophies, growing their companies side by side into leaders in their respective markets.